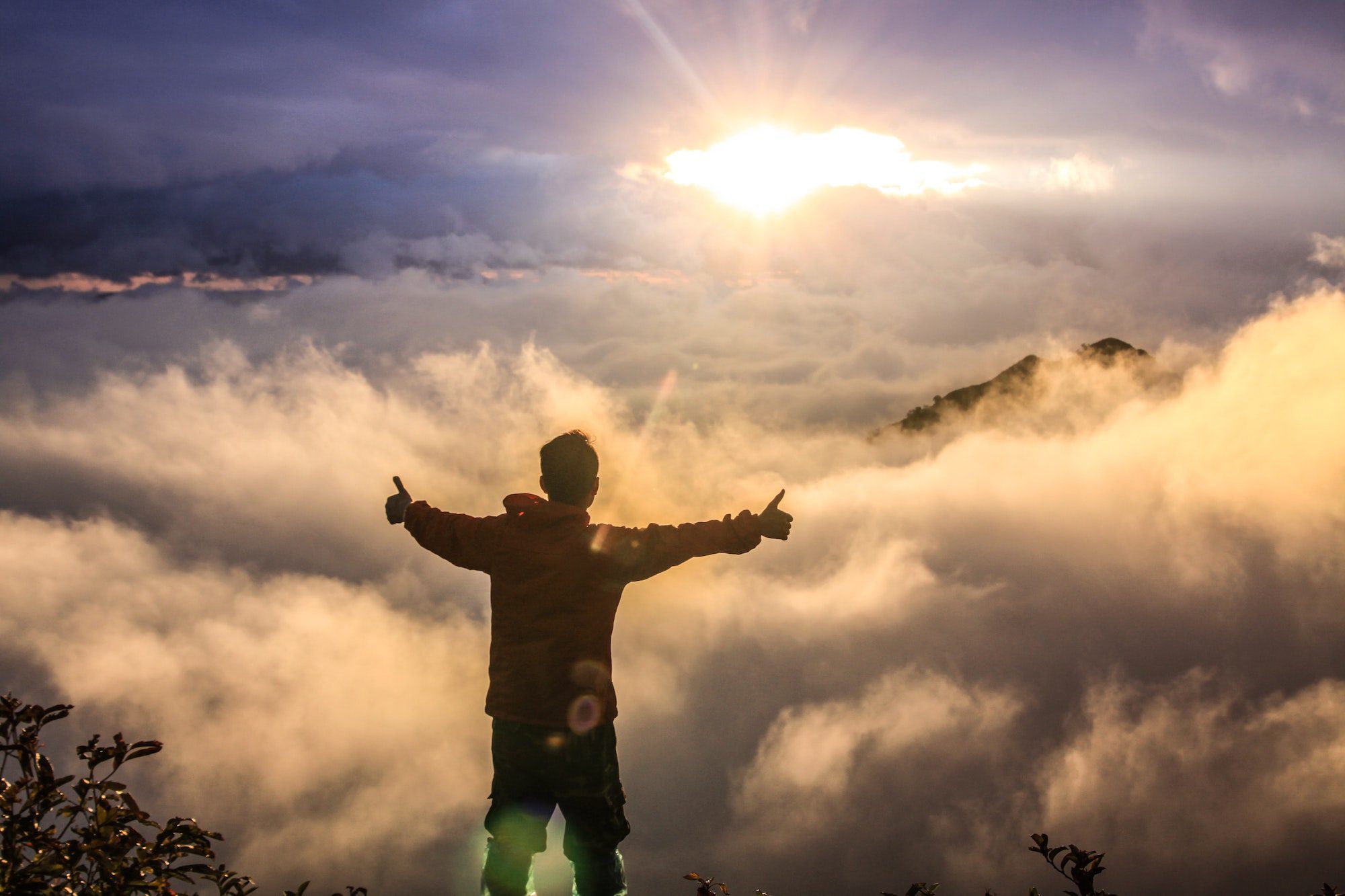 What Does More Than Conquerors Mean? These 3 Things.

Have you ever heard the phrase “More than a Conqueror in Christ Jesus?”

It sounds cool and feels nice, but have you ever stopped to ask, “How am I more than a conqueror? What does that mean?”

Today, we will look at what this means and how we apply it to our everyday lives.

Romans 8 is one of my favorite chapters in the Bible.

It is filled with some of the most significant declarations that I believe every Christians should regularly speak over their lives and remind themselves of.

This is the chapter where we find the famous verse that says, “we are more than conquerors through him who loved us” (Romans 8:37).

1. It Means That You ALREADY Won!

Paul’s word for “conquerors” is the Greek word “nikao,” and it is where we get the name “Nike” from. It means “to conquer, carry off the victory, and come off victorious.”

In a war, it was the word used for the winning nation, who not only won the battle but carried off the spoils of war. They not only survived, but gained gold, treasure, overthrew the enemy king, and carried him off as a prisoner.

Today, when we think of winning, we think of just going home and celebrating an excellent, challenging game won. This was far deeper than that.

To win meant not to die.

It meant that you got to live another day, go home to see your family and that the enemy who was trying to kill you and your home was destroyed forever.

To win a war also meant that you gained new land. Your nation could expand, and the future of your children’s children could grow. To win meant you got to carry home the spoils of war.

Each soldier brought home the silver and gold of the enemy. It meant a wealth transfer. The very resources the enemy was using to fight you now were under your possession and would be resources to bless your kingdom.

When Paul says that you are a conqueror, it isn’t some nice basketball game win. He is saying that the Devil and Death themselves have been conquered.

The Devil’s authority has been overthrown in the Christian’s life. He no longer can conquer your souls. You no longer are a slave to sin.

Persecution, tribulation, and even death itself cannot conquer you because Jesus already has defeated them. Even if we die, we go to heaven and have the ultimate victory.

We get to take the spoils of war from the Devil. The very places that are the hardest and darkest in the world can now be turned into hotspots for revival for Jesus!

2. It Means That Darkness Cannot Stop Us!

Paul wrote this book to the Church of Rome to encourage them through persecution and struggles that they had been walking through. He wanted to take a moment and remind them who they were in Jesus.

If we read the verses right before Romans 8:37, we see a long list of possible obstacles that the Christians may have to go through in their lives.

Who shall separate us from the love of Christ? Shall tribulation, or distress, or persecution, or famine, or nakedness, or danger, or sword? As it is written, “For your sake, we are being killed all the day long; we are regarded as sheep to be slaughtered” (Romans 8:35-36).

He poses a question to the church and all of us Christians. He is asking, “What can separate us from Jesus? Can persecution? Can danger, hunger, or fear? Can even death separate us from what we have won in Jesus?”

That is the set up for Romans 8:37, “No, in all these things we are more than conquerors through him who loved us.”

He fires back to the question he posed. No way!

He is giving them the pep talk of a lifetime, calling out, “Guys, all these things you are worried about, none of it can stop you! You have Jesus!”

It is the same for us today!

We, too, can be so worried about all the things going in our jobs, families, and the world around us. Paul is asking us this question.

Can anything separate you from Jesus? Can the loss of your job? Can turmoil in the nation? Can COVID or any sickness?

No! Nothing can separate us from Jesus!

If Paul said “conquerors” only, that would have been enough, but he didn’t. He added more.

He added the prefix “hyper” in front of “nikao” and merged them into one new word, “hypernikao” This is very significant.

The word “hyper” means “over, beyond, more than” it is used to make something way above and beyond excessive.

Think about Star Wars. The “hyper-drive” was the regular engine drive, but on steroids, shooting the spaceship lightyears beyond a standard engine drive.

Think about a child who is called “hyperactive.” They are not just an active child. They are way over and beyond active!

We are amazingly above and beyond conquerors. Jesus did not just barely beat the Devil.

He utterly destroyed the Devil’s power. It was embarrassing to watch for the Devil’s home team.

Many people see the battle of good versus evil as an equal battle. They think that darkness and light push each other back and forth. We are rooting for team light to win and praying darkness fails.

But this is such a bad picture! When you flip the light switch in your house, does the light struggle to push out the darkness?

Do you turn on the lamp and then pep talk the light to get out there and fight for the room?

Does the light need confidence and support to usher up the strength to win the battle for the living room?

No way! It isn’t even a battle. You flip the switch, and the war is over. Light utterly removes the darkness. It isn’t even close.

This is the word “hypernikao.” Jesus utterly removed the power of darkness from our lives. We didn’t just barely make it.

He smashed the Devil’s power on the cross, and now, through Jesus, we can break the forces of darkness as well.

Paul then goes on to drive his point home.

For I am sure that neither death nor life, nor angels nor rulers, nor things present nor things to come, nor powers, nor height nor depth, nor anything else in all creation, will be able to separate us from the love of God in Christ Jesus our Lord (Romans 8:38-39).

I am sure! He has decided in his heart.

He has made an absolute promise that he will never doubt this one thing! Nothing will ever separate me from Christ.

Nothing on earth, nothing in heaven, and nothing in Hell will ever be able to separate me from my Jesus!

What if we chose to have this same certainty?

What if when we woke up in the morning, we declared. “I am sure of this!”

When the world is shaking and falling apart, what if we say, “No! I am more than a conqueror in Jesus! I know it!”

I believe the Devil is most afraid of a Christian who knows who they are in Christ and what they are called to do for him.

We are not called to fall in fear like the rest of the world.

We are called to be voices of victory, calling people to the one who already defeated it all.

When the world is trembling, may they see us at peace, resting in the victory of the cross.

Whatever area of your life is freaking you out the most, declare, “No, even in this, I am more than a conqueror with Jesus!”

You can do it because Jesus has already done it all.

What Do You Think? How Are We More Than Conquerors in Christ Jesus?