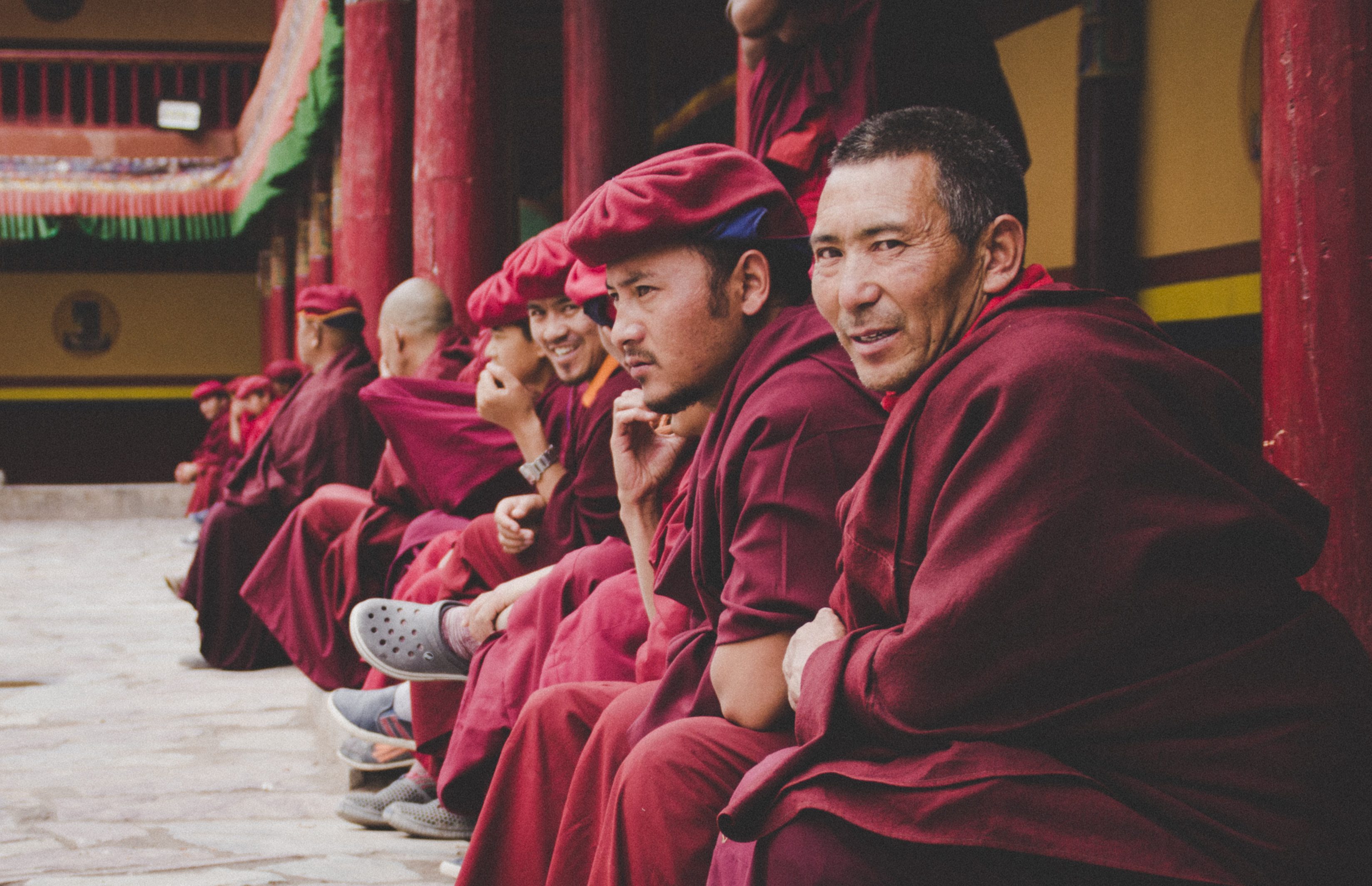 How to Position Yourself to Hear God: 3 Easy Steps

Do you want to hear God? Do you know that He speaks but feel like he talks to everyone else but you? Every Christian, including myself, has felt this way at some point!

If you genuinely love Jesus, then of course you want to hear His voice! In many years of ministry throughout multiple nations, the number-one question I get asked from all ages worldwide is “How do we begin to hear God?”

I won’t cover all the ways God speaks in this article, but you can get my free ebook on that here.

The question we will answer here: “What are the first few steps we can take to hear more from God?”

In 2017 I trekked with a team throughout the Himalayan mountains of Nepal. We came upon an ancient village rooted in the clouds named Muktinath.

Muktinath is a famous pilgrimage place for both Buddhists and Hindus, and its temple, Mukti Kshetra, is one of the highest in the world. It is known as “the place of Liberation and Salvation.”

(This is us trekking up to Muktinath.) 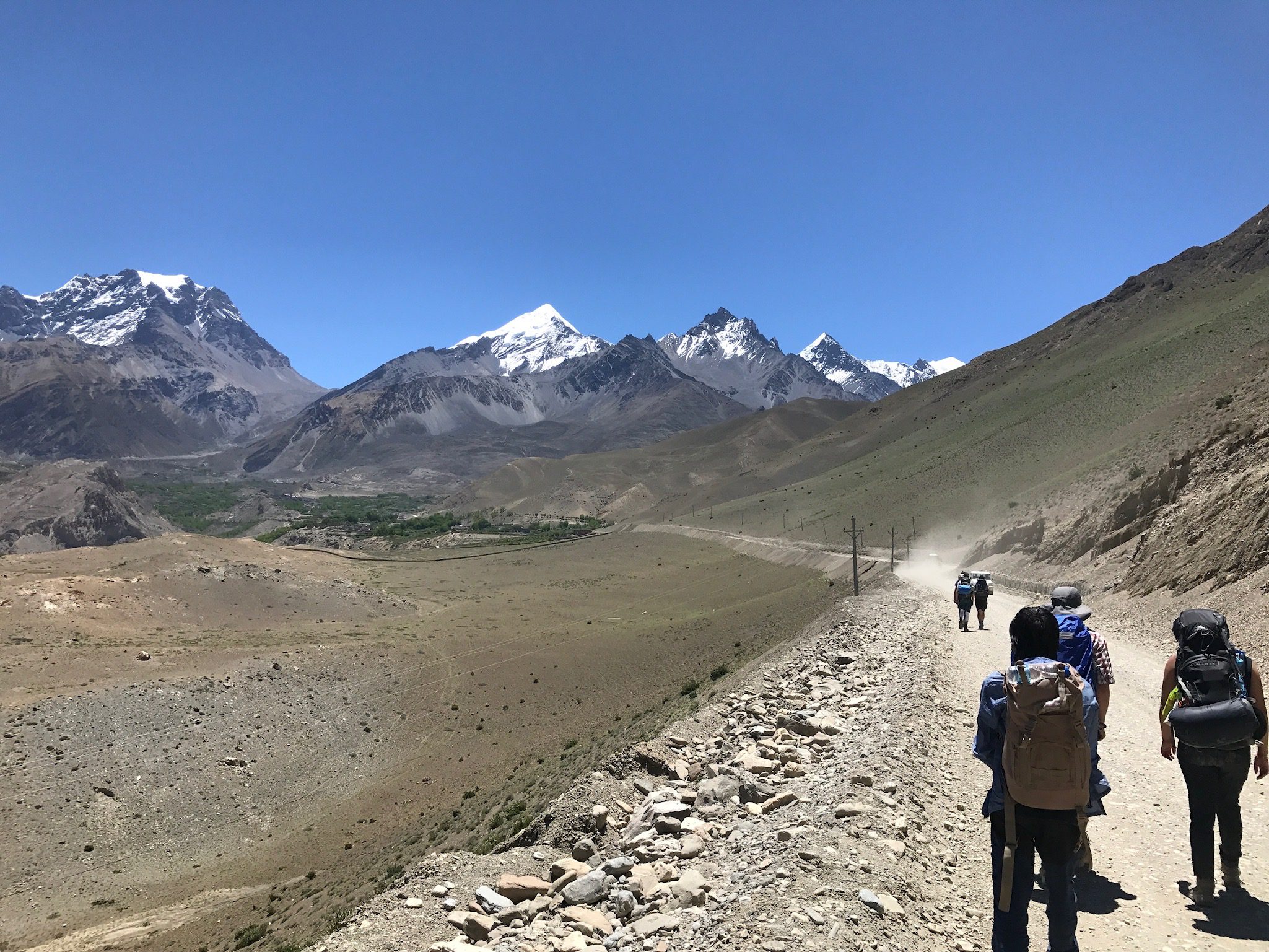 Buddhist and Hindu people are so hungry to hear from their gods that they trek from around the world to this very place in hopes of hearing something from them.

I wonder what would happen if we had the same hunger to seek God’s presence as these monks do to seek this temple?

For most of my life, I believed that if God wanted to speak, He just would. I wrongly assumed since I didn’t hear Him, He must not talk very often.

Unfortunately, I was ignoring all the verses that said,

“You will find me WHEN YOU SEEK me with your whole heart…” Jeremiah 29:13

We understand that every relationship is a two-way street. For example, I would never assume it is my fiancee’s job to do all the talking. I trust her to share, but I also seek to hear her voice.

In the same way, God longs for a two-way relationship! We must not assume He doesn’t want to talk to us. Instead, we must seek His voice, opinion, feelings, etc., like a friend or spouse.  Ask him and seek His answers.

The first starting-place to hearing God’s voice is in asking Him to speak.

The second starting-point is to seek His answer.

We must become hungry for the voice of God in our lives. We cannot passively sit and hope He will speak one day. 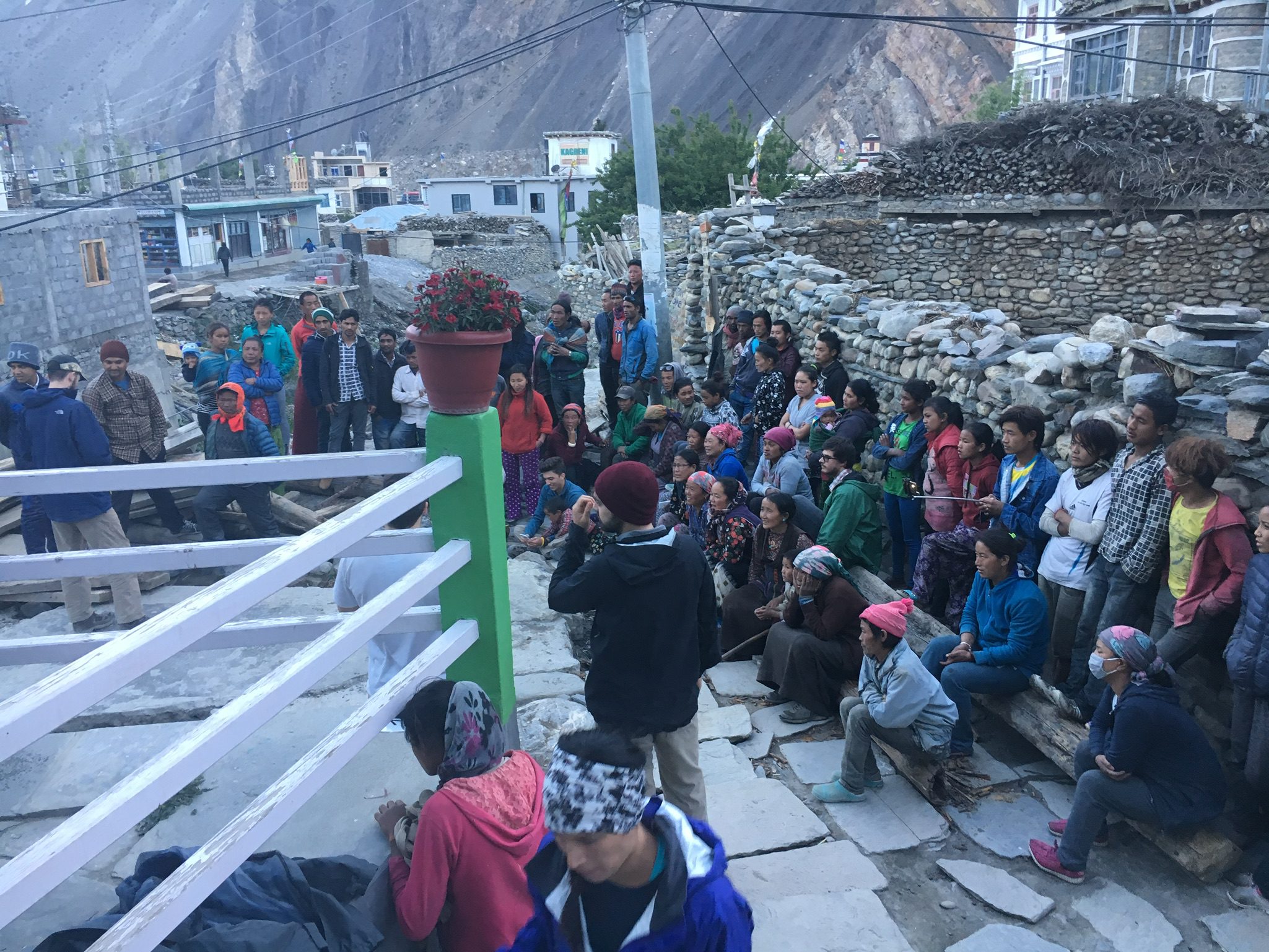 (Here is our team sharing with one of the crowds that gathered.)

As we walked around the ancient “village of Salvation” in Nepal, our hearts burned to point people to the true Person of liberation and salvation, Jesus Christ.

We began inviting locals to meet us that night. We said we were Christians and had something to share with them. One man told us that he hadn’t heard of Christians visiting this town in decades!

To our shock, around 80 people came! We shared the gospel with them and then asked if we could pray for any of them for salvation or healing.

We asked these people a question, then sought their answers, and then waited with an open mind for what God might do.

Then holy chaos broke out. The Holy Spirit showed up in a way I will never forget.

A police chief came forward first, asking to know Christ. He renounced Buddha and dedicated his life to the Lord.

He then ran off and brought the entire group of local police cadets, saying they needed to hear about Christ, too. All of them gave their lives to the Lord!

I looked over to see David, one of our team members, sprinting alongside another man as people screamed in celebration.  He broke his leg, and the whole town knew that man shouldn’t be able to walk.

But when David prayed, Jesus healed his leg! So the healed man and David ran around the room, and all the witnesses of the healing wanted salvation.

Hearing gasps behind me, I turn around to see a group in wonder as their deaf friend began hearing for the first time when Susan, another team member, prayed for them.

Amid all this, a Buddhist monk appeared in front of me. “I need to be healed too,” he said in surprisingly good English.

“Absolutely,” I responded, “Jesus is healing all these people. He can heal you, too. Put out your hands, close your eyes, and let’s ask Jesus to heal you.”

“No!” he yelled, opening his eyes and pulling his hands away. “You will not convert me! I am a Buddhist monk, and I will never be a Christian!”

“Whoa!” I remarked, “It’s OK, I’m not trying to trick you. You can’t accidentally get converted. I’m just asking Jesus to heal you.”

“But Jesus is not real!” he insisted.

I decided to take a risk. “Let’s try something,” I began, “Let’s give Jesus a chance and ask Him to show you if He is real, and then we’ll see what happens.”

I understand this man’s response completely. I responded this same way when someone told me that Jesus could still speak today.

I believed for most of my life that God stopped speaking to people long ago. I thought the ONLY way to hear from Him was to read the Bible.

When someone told me that the Holy Spirit could speak in a personal way, I, like this monk, pulled away, thinking, “You won’t convert me!”

In reality, like this monk, I was scared of something unfamiliar. I was afraid to go against what I had always learned and experienced.

Though I was saved, I, too, needed to give Jesus a chance to speak in a new way. So often, we can become so familiar with how God spoke to us in the past that we assume He cannot speak a new way.

Luckily, I met a group of patient people who met me where I was and showed me different ways God speaks in the Bible and how to hear God in a scripturally sound way.

The truth I have learned is that no author is ever trapped inside of their book. No artist is contained inside of her painting — no songwriter imprisoned in their lyrics.

I have a deep passion for the Bible and believe all believers must, as well! The Bible is the primary way God speaks, and we know that the Holy Spirit will NEVER contradict the Bible.

But the Bible does not/cannot contain God. Instead, it reveals Him to us. It is a signpost that shows us how God speaks and acts as a filter to show us what is God and what He is not!

Like this Buddhist monk, are we willing to open up, and say, “OK God, can you speak to me in a new way?”

Do we ever put a cap on God saying, “You have to speak this way at this time?” Or are we willing to open that box and say, “God, you can speak however you want to, even if it’s unfamiliar to me.”

Maybe He will show you a verse or speak to a friend about you. Would you trust that? Perhaps He will give you a dream like Joseph or a vision like Peter. Do you think that is possible?

I will be safe as long as I submit whatever I hear to the truth of Scripture and remain accountable and teachable to a Bible-following community.

Back to the Buddhist Monk.

Immediately, he opened his eyes and looked at me in shock. “Jesus is real!” he proclaimed.

Jesus instantly met the hunger of this Buddhist monk, who came to this village to find salvation. Jesus showed this man that He is real!

This story doesn’t end here. Jesus later revealed to this man that He is God and the only way to Heaven!

That story will continue next post as we dive deeper into other ways we can position ourselves to hear God’s voice.

This week, ask God to speak. Seek His answers. Ask Him to help us expand what we believe is possible and ask for Him to speak however He wants!