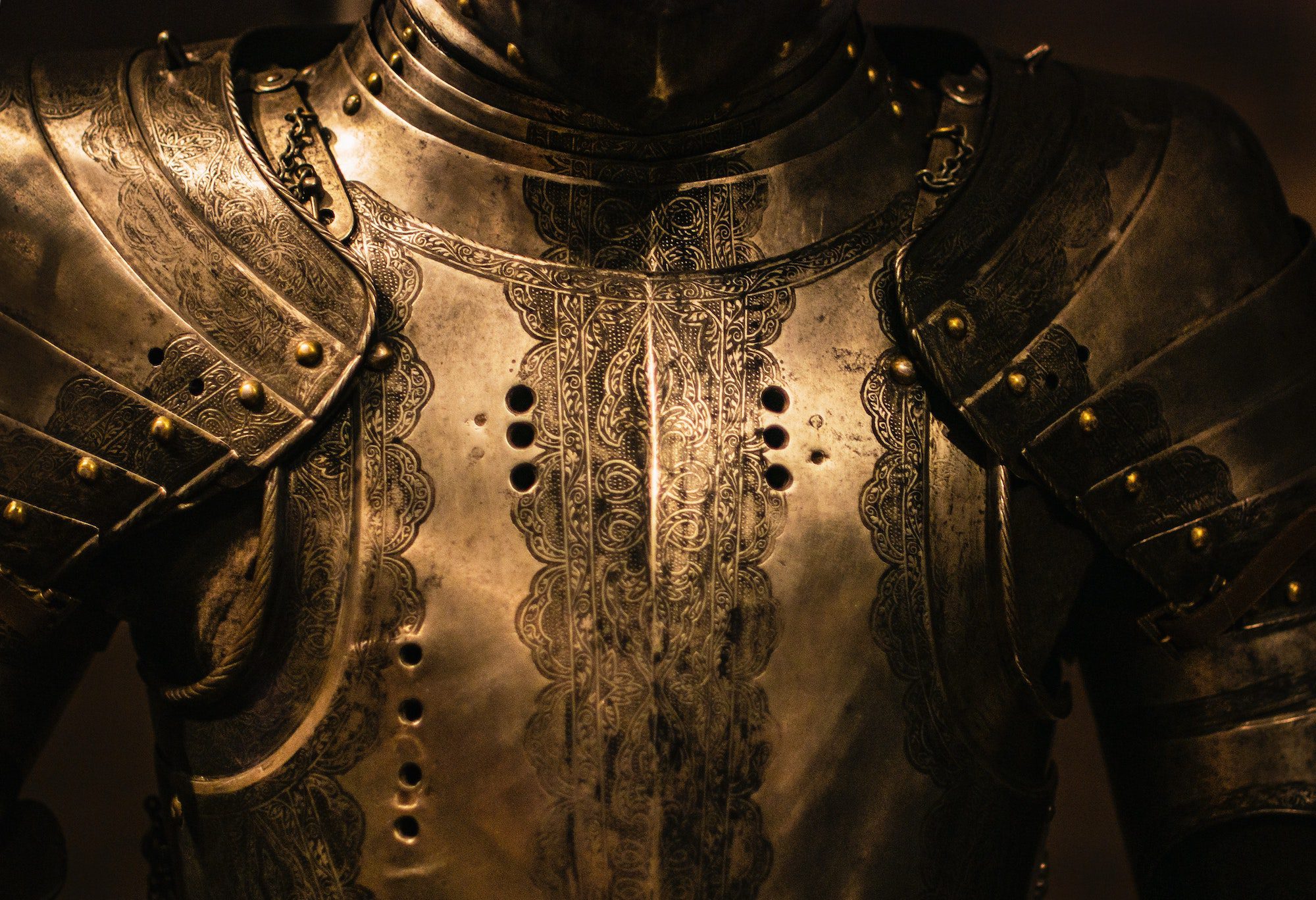 Have you ever felt like all of Hell itself was out to get you? You claim it must be, “one of those days,” or maybe you are just in a bad mood. You try your best to move forward, but if you were to be honest with yourself, it feels like there is a target on your back.

We have all felt that way before.

What if what we are writing off as bad coincidences was actually spiritual warfare?

What if there was an actual attack against God’s plan on your life? What are you supposed to do?

How do you overcome it?

In today’s post, a new friend of mine Ammie Bouwman will share with us what to do when Spiritual Warfare strikes!

I recently had the blessing of getting to know Ammie when we connected over  Today’s Christian Living Magazine. We discovered that our two articles were published right next to each other!

Reading her article in that magazine, I was so inspired by her story of redemption and by her international ministry, For His Glory Ministry, that I reached out to see if she would like to write an article for Fireplace Faith. I was so thrilled when she said yes!

I know that this post with equip you with how to overcome spiritual attacks as well as teach you more about your identity as an overcome in Christ!

I pray this article speaks to you, and that you are able to connect more with Ammie’s ministry and podcast!

“It is a pity that in a great country like ours with its freedom of the press and millions of Bibles, books, and magazines, people know less about demon power than the citizens of Africa or Tibet do. Possibly through gross neglect, the ministers of our generation have not informed the people of the reality of demon power.”

But while this isn’t the case for everyone, for the majority, it is true. We sing songs like A Mighty Fortress is Our God, with words like:

“for still our ancient Foe

Doth seek to work us woe

his craft and power are great

and armed with cruel hate

on earth is not his equal.”

And they are just words.

We read accounts in the Bible of Jesus and the disciples casting out demons, and we even read that Jesus was tempted Himself in the desert by Satan.

Yet, we chalk it up to New Testament happenings and have a hard time
believing that can happen today. We diagnose disorders and mental illnesses and dismiss the possibility that the spiritual realm has entered the physical and we keep going on with our lives.

The trouble is we face an enemy we cannot see and fight a battle, not with physical weapons but spiritual ones. But what happens when we don’t even realize we’re in this battle?

We move through our lives day in and day out, struggling – listening to lie after
lie, afraid and alone, forgetting who we are and that God has a plan and purpose for our lives.

We wake up one day and realize that our identities are stolen, our families are
divided, and our health is hanging in the balance. It’s as if we were struck in the night, we’re injured and bleeding, and our adversary has walked off with all the spoils.

The Bible even tells us in Ephesians 6:12 that

I’m here to tell you that our enemy is the same today as it was back in the garden when he said, “Did God really say you shouldn’t eat from this tree?”

And it’s Satan himself.

He is on the warpath to distract us from God, lie to us, and immobilize us with fear so that we can’t do anything. And until we recognize who we’re fighting, we won’t understand how to fight and that we can win!

That’s right, we are victorious and don’t even know it!

“For I am convinced that neither death nor life, neither angels nor demons, neither the present nor the future, nor any powers, neither height nor depth, nor anything else in all creation, will be able to separate us from the love of God that is in Christ Jesus our Lord.”

That tells me that nothing can separate us from God, even Satan himself.

While he’s not creative, he certainly is consistent, and the devil will continually fight you in two ways, temptation, and lies.

Every day we’re tempted with what we see with our eyes, hear with our ears, and feel in this skin. And the enemy knows what we struggle with.

If a person struggles with pornography, the enemy will not show you cooking commercials and images about food. No, you will constantly be bombarded with the flesh.

Each person struggles differently and will have different temptations and different challenges. But our struggles are the weaknesses we battle.

James writes in Chapter 4:1-4 these words:

“What causes fights and quarrels among you? You desire but do not have, so you kill. You covet but you cannot get what you want, so you quarrel and fight. You do not have because you do not ask God. When you ask, you do not receive because you ask with wrong motives, that you may spend what you get on your pleasures. You adulterous people, don’t you know that friendship with the world means enmity against God? Therefore, anyone who chooses to be a friend of the world becomes an enemy of God.”

These words cut to the chase and remind us that it’s no coincidence that the enemy is called the “Prince of this world.”

When sin entered the garden, God’s perfect shalom was shattered, and the devil grabbed the lease to what God had given us – this world.

While we live here, in this broken world, we will be tempted, just like Adam and Eve.

And if you’re thinking, “Well, not me, I won’t be tempted by the devil,” let me remind you that even Jesus was tempted.

We read in Matthew 4:1-11 that Satan came to the desert AFTER Jesus had fasted for forty days and forty nights and was hungry.

This is also not a coincidence.

He comes in our tired and weak moments, and when he’s not tempting us, he’s telling us lies.

The Bible also tells us that the devil is the Father of lies and that he is the author of confusion.

And what happens when we are confused and struggling to know our truth? We aren’t going to make good decisions.

We’ll try to do things in our strength, all the while getting discouraged and depressed and believing every lie.

And these are the kinds of lies he’s telling you:

Here’s the TRUTH!  He’s going to tell you whatever you need to hear so that ultimately he’s stealing something from you: your health, your marriage, your family, your future, your life.

He hasn’t liked us since the garden when he slithered his way in and saw that
we are created in God’s image, given dominion and authority, and that he is under our feet.

So he comes to us, tempting and lying, trying to distract us from who we truly are: sons and daughters of the Most High King.

But, when we direct our attention to Ephesians 6:10-18, Paul speaks of the full armor of God, tools that we can use to fight. And this isn’t any armor; it’s God’s!

Below is a description of each piece of armor with an “I” statement. It’s time to gear up for battle! 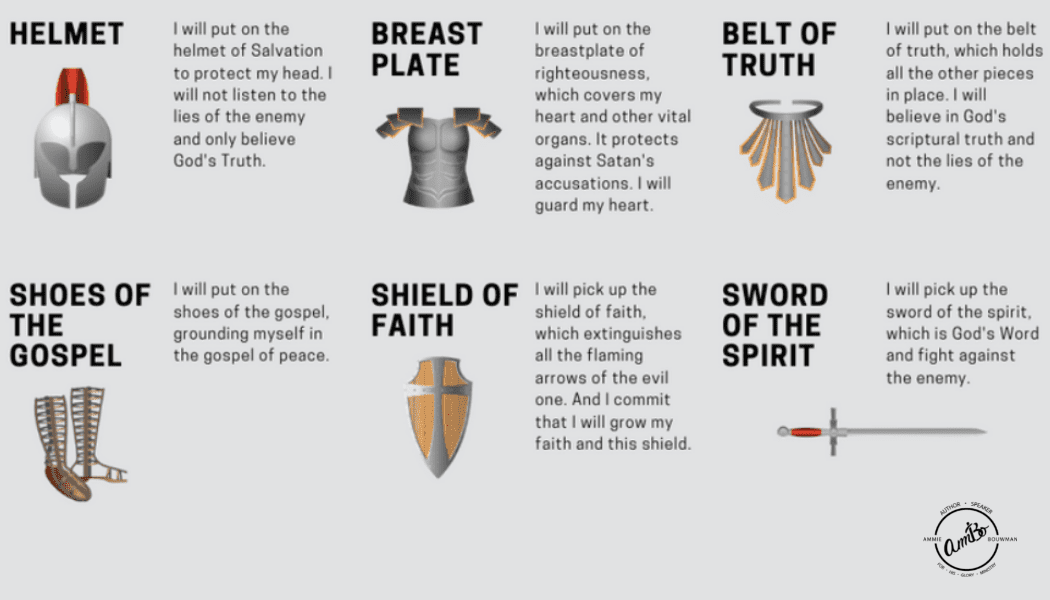 You see, God knows there will be battles.

He knows the devil will come to us when we’re tired and hungry and have been in the desert far too long. God knows our adversary; He actually kicked him out of heaven, so he is not surprised by his temptation, trickery, and lies.

But, Jesus, in His perfect obedience when He walked this earth, showed us how to fight.

When we put on the full armor of God and lift up that Sword of the Spirit, we can speak God’s Truth and say,

“It is written, and I’m not listening to you anymore. You must go in Jesus’ name!”

Lester Summerall may have been right. It’s a pity we don’t know more about demon power. But here’s the thing – it’s never too late to learn.

The Bible is our GPS while we’re living in this broken world. It’s filled with the truths we need to fight the enemy and navigate this world, and not just survive but thrive.

We need to remember that while it’s a battle, God has given us the tools, and we need to gear up each day, fight, and keep saying, “Not today, Satan. Not today!”

My prayer is that you will never stop believing that you are victorious.

There may be battles, but God wins this war! 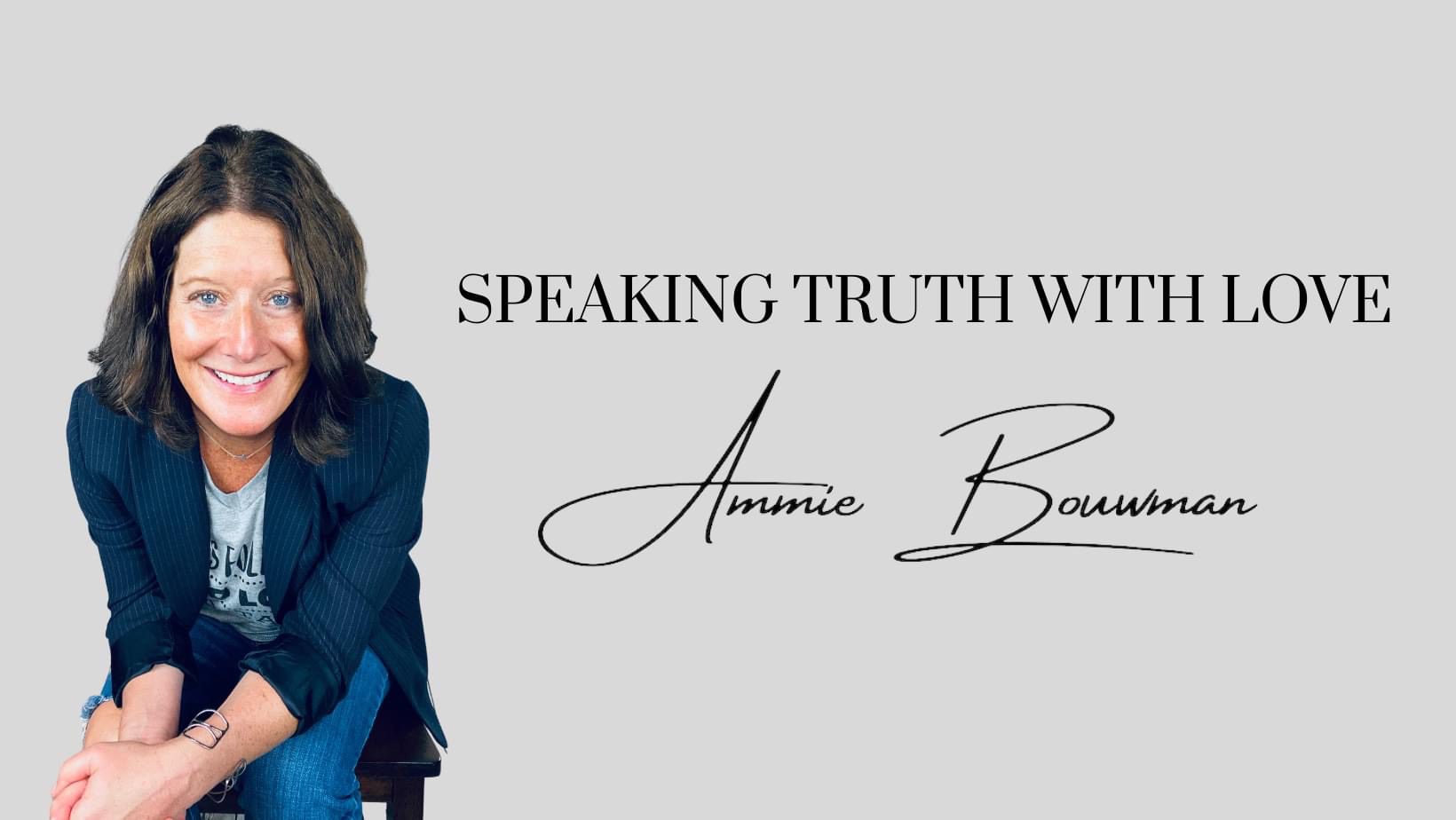 Ammie Bouwman is a Chaplain, International Speaker, Author, and Founder/President of For His Glory Ministry.

She has experienced the hope and healing of Jesus firsthand, and her message is universal: Jesus saves. She can find out more about Ammie and her ministry at www.ammiebouwman.com