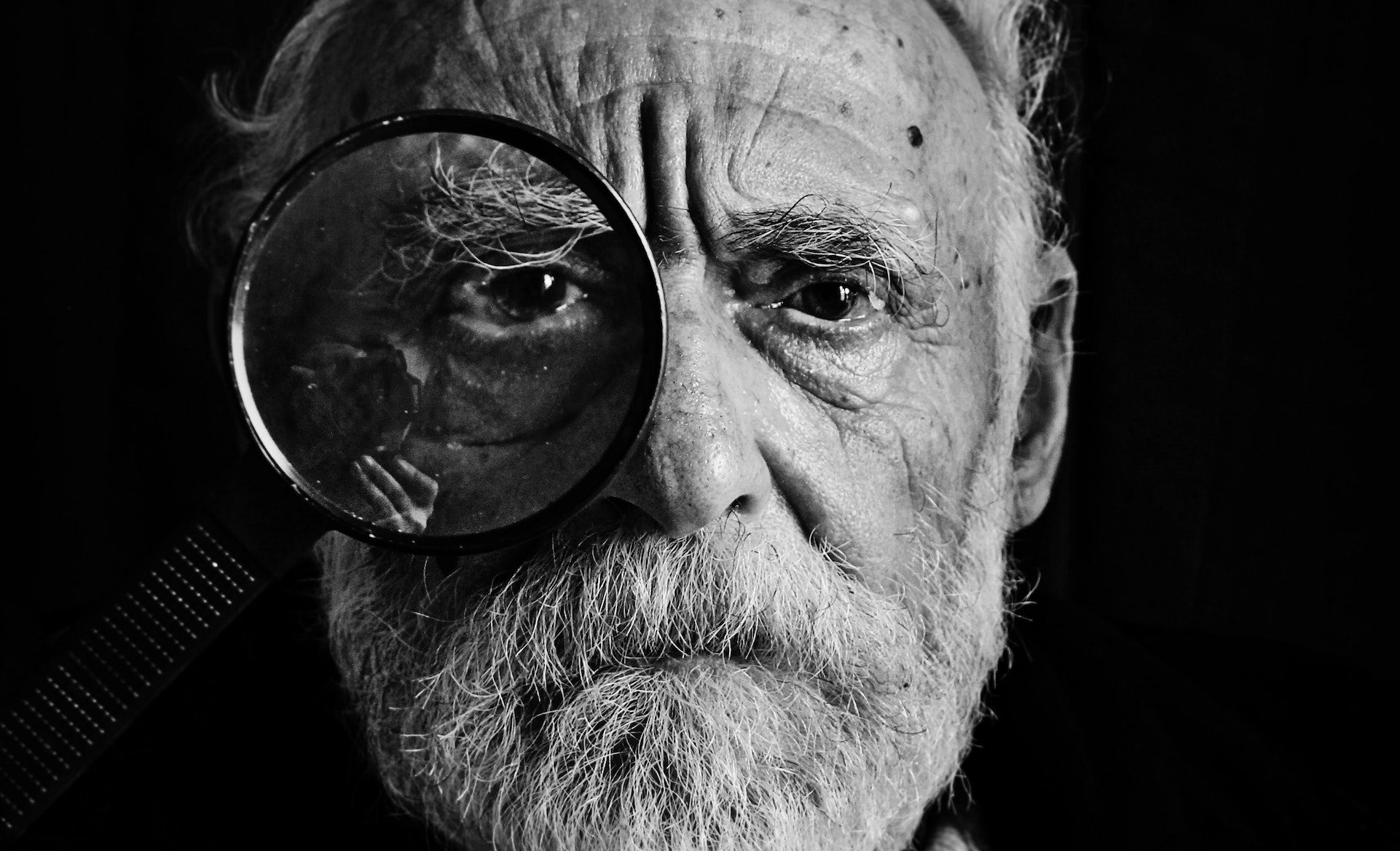 King Saul Syndrome: 3 Clear Signs That You Definitely Have It

You know God says your life matters, but you are your own worst critic. If you were being honest, you don’t really matter in your own eyes. No matter how many people tell you otherwise, you can’t shake this belief that you are small and unimportant.

I call this “King Saul Syndrome.” I believe this was the number one struggle in King Saul’s life and ultimately the reason he lost his kingdom.

(If you want to learn about how Saul became king and about your value in Christ, read part 1 of this post here.)

How do you know if you have King Saul Syndrome? What do we do when we discover it?

This post will give you 3 symptoms of King Saul Syndrome and ultimately show you how to walk out of it.

When I was in high school, I stayed at a friend’s house whose parents were leaving on a business trip for two days. They asked us to take care of the house, and we promised we would.

We decided that the best way to care of his house was to invite friends over and have a football game in a room filled with ancient Korean vases worth thousands of dollars. Instead of a football, we also decided to use my shoe. What could go wrong?

I went long for a pass, and to our shock, the shoe didn’t fly out of our quarterback’s hand with a perfect spiral.

A crash filled the room as a vase older than America shattered into pieces.

“My mom is going to kill me. There is nothing like a Korean mom’s wrath!” My poor friend said with a look in his eyes that said he could tell some stories.

“Wait, I have an idea,” another friend said, “Do you have super glue?”

Piece by piece, we glued the entire vase back together. The chemicals in the glue disintegrated the color off one side of the vase, but the other side didn’t look half bad.

We placed the vase in a corner, turned the cracks towards a plant that half covered it.

It has been 15 years, and legend has it that our vase is still hiding in plain sight, barely held together by super glue and the desperate prayers of six fifteen-year-old boys.

1.  You Are Loose With Your Words.

People’s hearts are often more fragile than an ancient Korean vase. Have you ever played football in the living room of someone’s heart?

You say something in the heat of the moment, not caring about how it could hurt them, only to realize it shattered their heart and super glue isn’t helping?

This has happened to all of us, but how often does this happen to you?

We certainly learned to never use a shoe as a football in a Korean vase room again. But have we learned to filter our words even when they have repeatedly gotten us into trouble?

The inability to control our words is a huge symptom of King Saul Syndrome.

On multiple occasions, Saul’s mouth gets ahead of him. He rashly bursts out one day:

“Cursed be the man who eats food until it is evening…”

Even though his men are dying of hunger, he swears to kill any man who eats food. His son didn’t hear this rash vow and ate some honey anyway.

When Saul found out, he became stuck between his vow before God and killing his son. Does anyone have super glue for this mess?

If you think you are insignificant, then you will believe your words are unimportant, and you will be loose with them, saying whatever comes to your mind with no filter.

This doesn’t have much effect if you have no influence. The issue is only exposed when we get placed in a position of influence over others, and our words suddenly carry weight.

Playing football with a shoe is harmless in a field but dangerous in a room filled with vases.

Our words, vows, and venting may not matter to us, but they can have dire consequences for our jobs, marriages, families, or friendships.

People who understand how valuable they are, realize that their tongue carries the power of life and death itself, and they hold their tongue accordingly. (Proverbs 18:21)

2. You Struggle With Obeying.

Though Saul became King, his insecurity never left him. Saul keeps having issues with obedience. God asks him to do something, and he kind of does it —  like halfway.

When my friend’s parents put him in charge of “taking care of the house,” was the house fine? Absolutely. Were the vases OK? Well … depends on the angle you look at it.

God asks Saul to destroy an enemy, burn all their golden idols, and kill their animals. Saul obeys … depending on which angle you look at it. Yes, he beat the enemy, but he lets the king live, and then he burns everything … except for all the nice materials he wants to keep.

13 When Samuel finally found him, Saul greeted him cheerfully. “May the Lord bless you,” he said. “I have carried out the Lord’s command!”

Saul walks up to Samuel, a grin on his face. “Hey Samuel, look at me! I did everything God wanted!”

14 “Then what is all the bleating of sheep and goats and the lowing of cattle I hear?” Samuel demanded.

Samuel looks around and sees sheep everywhere. “Really? You did everything God wanted? What’s with all the sheep?”

15 “It’s true that the army spared the best of the sheep, goats, and cattle,” Saul admitted. “But they are going to sacrifice them to the Lord your God. We have destroyed everything else.”

This next verse reveals the core issue in Saul’s life that never left.

“And Samuel said, “Though you are little in your own eyes, are you not the head of the tribes of Israel? The Lord anointed you king over Israel.”

There is the root issue.

The first thing Saul ever said was, “I am the smallest, the littlest.” Decades have passed, and this same lie now causes Saul to disobey God.

This is King Saul Syndrome.

When you think you are insignificant, you will do insignificant things, because you will believe that nothing you do really makes a difference.

What difference does it make if I compromise a little? What does it matter if I kind of cheat, gossip, lust, etc.? It’s not that big of a deal. A shoe in the living room isn’t that bad of an idea.

This thought-process may work when you are little, but that lie will have significant ramifications when you grow in influence.

Now Saul is king, and everything he does is significant. That identity piece he learned at a young age now was overflowing into Israel.

What we believe about ourselves directly impacts the people around us. For the sake of everyone else, we must begin to believe we have value!

3. You Find It Hard to Encourage Others.

When it was time to slay a giant like Goliath, Saul was convinced no one could do it. Why? Because he could not do it.

But then in walks David, a boy who claims that he can defeat the giant with God’s help.

1 Samuel 17: 33 “Don’t be ridiculous!” Saul replied. “There’s no way you can fight this Philistine and possibly win! You’re only a boy, and he’s been a man of war since his youth.”

Are we constantly trying to correct our spouse, children, friends, coworkers, etc.? It’s probably because we are putting the same filter on them we put on ourselves.

We often place our motives into other people’s hearts. Isn’t it amazing how we judge ourselves by our intent, claiming we had good intentions, but we judge others by their actions?

Do we believe and encourage others to do better and go further than we can? Do we assume they have the best motives, or do we place our own filters on them?

Do you find it hard to encourage others? I don’t mean “edifying” encouragement, where we just tell them what to fix, but giving a genuine compliment?

If you can’t remember the last time you genuinely encouraged someone, that’s a red flag that you can’t encourage yourself, either.

The Answer: Know Who You Are In God

37 The Lord who rescued me from the claws of the lion and the bear will rescue me from this Philistine!”

An “insignificant” boy who knows who he is in God can change the course of history.

And God said, “This boy gets it. Make him king instead of Saul.”

This is King David Syndrome. Declaring with our words that God can do the impossible. Taking leaps of faith in obedience, living as though God is always capable.

King David lived with a renewed mind, finding his identity in everything that God is. He didn’t let his environment or obstacles define him; he let his God do that.

If any of these statements revealed a Saul symptom in your life, I encourage you to be like David. Focus on everything God is and everything you are in him. Identify the lie, repent for believing it, and replace it with the truth of who you are in Christ.

This single identity shift changed my entire life, healed my heart, and continues to propel me after the things of God. I know it can do the same for you.

What do you think? What are other symptoms of “King Saul Syndrome”? What is the answer, and how do we begin to walk in our true identity in Christ?