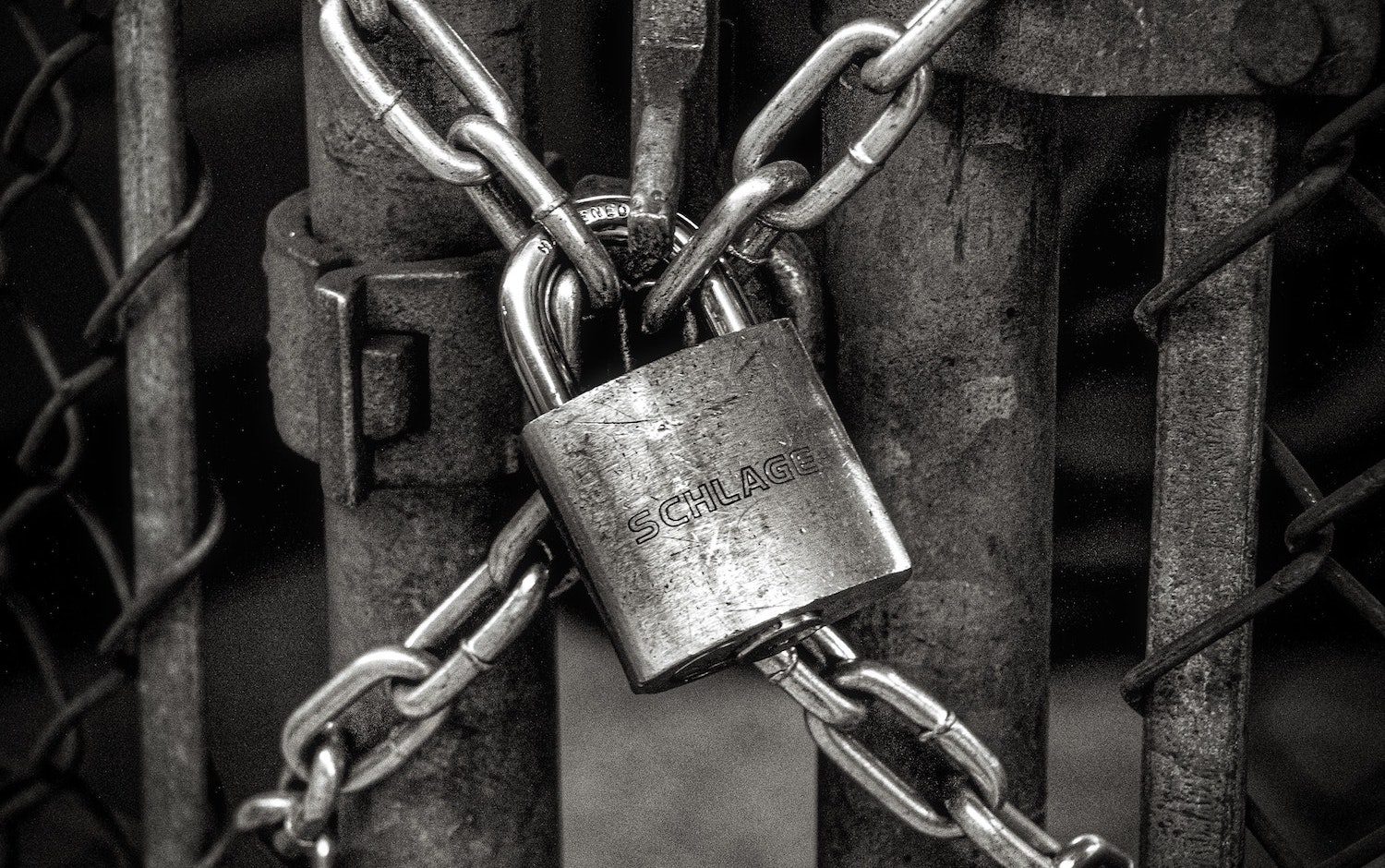 How to Unlock a Drug Addicts Love for Jesus.

Have you ever wanted to speak to someone about Jesus, but they have hardened their hearts to the Gospel? They say they have heard it all before, and they seem too far gone ever to come back? Can God win them back even then? Here are five different ways you can partner with God to unlock anyone’s heart for Jesus.

While living as a missionary in Bogota, Colombia, we were asked to minister at a Drug Rehab Center. Bogota is a hotspot for cocaine, and this facility was the first line of recovery. They would take people off the streets who are addicted to cocaine and then hold them for three days. If they made it three days without cocaine, they could leave to a more extensive rehab program.
I assumed we would only be speaking to a small group. I mean, how many people could possibly be addicted to cocaine and coming off the streets within the last three days? When we arrived, we found the building filled to the point of overflow.

As we looked around the cafeteria-like room, I saw what you might expect. Colombian Drug Addicts. Some men had tear tattoos on their faces, one tear for each life they had taken. Other’s looked grungy, mouth and skin permanently mangled from all the street drugs.
However, I was surprised when I caught a glimpse of a grandma, a young man, and his wife. On the woman’s lap sat a 5-year-old boy. They looked clean, friendly, and like someone I would expect to find them next to me in church. When asking the faculty who they were, they told me that all four were addicted to coke. They were found on the streets together less than three days ago, all addicted to cocaine.

How often do we assume we know someone’s story? It is so easy to see a clean looking family and think everything is alright. It is just as easy to look at a tattooed gangster looking man and assume everything is wrong.

I have found that the more I assume someone’s story and relationship with Jesus, the more I get it wrong, and the less likely I am to connect with them. We must throw away all preconceived notions. We must ask people where they are at before we tell them where they are at.

People with hard hearts towards the Gospel have been told a thousand times what is wrong with them and why they are going to hell. What they haven’t encountered is someone who asks them to share, unfiltered, how they feel about Jesus. Genuinely ask questions, and even the most hardened hearts begin to open. Show you care about what they have to say, and they will start to care about what you have to say.

The leaders gathered the room together and then looked at us and said, “Please send up your speaker.” That was the same moment we realized that they expected us to speak. My leader said a quick prayer, “God, who do you want to speak?” After about a five-second pause, he looked at me and said, “Taylor, would you share with them?”

Fear struck my heart. I was 18 and had never shared the Gospel in my entire life. I didn’t even know where to start. What could I possibly share with a room full of cocaine addicts? I had been saved my entire life, lived in a lovely San Diego suburb, attended a Christian school, and grew up in a middle-class white family.

These men killed, stole, and dealt cocaine. I was afraid I would go to hell if I accidentally said a “no, no” word. If two people had ever lived different lives, it would be this group and me.

But I said yes.

A verse I have taken to the bank more than any other verse in the Bible is Matthew 10:20
“For it is not you who will be speaking—it will be the Spirit of your Father speaking through you. Matthew 10:20”

The second thing that stops hearts from opening up is when we just don’t do anything. Often we don’t know where to start or how to answer questions, or we want to avoid conflict, so we disqualify ourselves before we give God a chance to show up. But God is not looking for an expert. He is looking for a volunteer. He is not looking for genius, but genuine.

I stood up and decided to share the only thing I was confident about, my story of learning God’s love. Fumbling through my testimony, I shared how I was saved my whole life and knew a lot about God but did not personally know him. I shared how I felt like God was distant, angry, and disappointed in me. I thought I could never be enough for him.

I then shared how God showed me that I am wrong. I had been like Adam and Eve, hiding from God in the bushes, afraid he was angry. But He wasn’t angry. My weakness, brokenness, and sinfulness, actually compelled the Father to call out to me in his love. He isn’t mad. He is in love. He wanted me back. He wanted them back.

The only verse I could think of sharing was one I had just read that morning.

Psalm 37:23-24, “The LORD directs the steps of the godly. He delights in every detail of their lives. Though they stumble, they will never fall, for the LORD holds them by the hand.”

I shared that God takes delight in every little detail of our lives. He actually likes you.

He delights in knowing your favorite color, favorite movie, favorite hobby. Like any father who loves to see their child happy, it gives your heavenly Dad delight to see you loved. He gets excited when you are excited.

Try it, next time you encounter someone hard, talk about how loved they are and how proud God is of them. Watch as they begin to soften.

The second half of that verse says.

“Though they stumble, they will never fall, for the LORD holds them by the hand.”
Rather than telling these cocaine addicts about how hot hell was for their sin, I talked about my own. I shared how all of us stumble every day. We all have fallen from God. But though we will stumble, we will never fall, because God holds our hands.

When I was a child walking with my Dad hand in hand, there were moments when I tripped and started to fall, but because my father was holding my hand, I never hit the ground. Right before my face ground against the gravel, my Dad turned it into a swing and flung me into the air, then gently set me on the ground.

In the same way, when our lives are connected to God, though we will still stumble, we won’t hit the ground. Dad in heaven will turn our trip ups into lift ups.

Drug addicts, sinners, and all with hard hearts know they aren’t perfect. What they think is that you are perfect or that you think you are. Be real about your struggles. Be vulnerable and transparent about your weakness. Like Paul, boast in your weaknesses. When I admit my faults, I find others are willing to recognize theirs.

An open heart opens other hearts.

As I shared, the room sat quietly. I could see real tears begin to run over the tattooed tears in the eyes of these men.

With Cathedrals more abundant than Starbucks in Colombia, they had heard of religion their entire life, but they had never heard of a Dad.

After I shared, I did my first altar call ever. It wasn’t pretty or perfect, but it was real and genuine. I shared how the only way to get back to Dad was through Jesus.

I then stopped talking, with no real conclusion, and said, “Ya, so, do any of you want that?”

Immediately the family man grabbed his wife, mom, and child and ran to me.

“I feel like we have lived the same life.” He said with tears in his eyes.“I want God to be my Dad. If Jesus got you back, maybe he can save me too?”

“Wait, what?” I thought. “We have lived the same lives? What did he hear me say?” He was raised on the dangerous streets of Colombia, addicted to drugs since childhood. He was a drug dealer and a cocaine addict, raising his wife and child on the streets.

I was 18, scared of being out at dark, and had never even tried alcohol. What could I have said that made him think we had the same life?

It was the call to sonship that he heard. He didn’t hear the details of my story. He heard the heart.

He heard the story of an orphan.

Sure I lived in America, and I had a family, but to God, I was still an orphan, longing to connect with my Heavenly Father.

An orphan is not a status. It is an identity posture. Some orphans live in a third world nation on the streets. Others wear suits and drive nice cars in America. Some are drug addicts, and some are moms with their own family, living a “good” life. Some never had a father, and others have amazing, attentive dads.

But all have the same story.

They don’t know their Father in heaven, and they feel like an orphan.

There is a hole in their heart that can only be filled with the affirmation of God the Father. Without it, an orphan, we will remain.

When hearts hear that God is not an angry judge but a loving dad, they crack open.

Right then and there, I watched a man, wife, and child, get adopted by a loving Father. I had never led anyone to the Lord before. It was one of the most beautiful things I had ever experienced.

Their hearts opened not because of my perfect sermon but because they saw a son who knew his Dad in Heaven.
It was real.
It was raw.
It was a relationship.

What do you guys think?

Do you have any other practical tips that help you get into the word of God more? Please share with us so we can grow in God’s word as well!