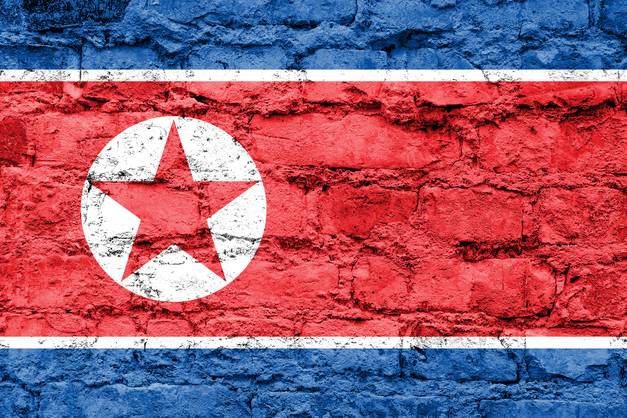 How to Love like Jesus in North Korea Part 2

You don’t have a problem with them, you don’t even remember what you did, or why they just seem to hate you. We have all been there, it’s the worst. That’s how I felt in North Korea. Especially when they accused me of destroying their nation, enslaving their people, and being the Great White American Devil. How do you even begin to respond to this?

Here are 4 More Steps on How to Love like Jesus in North Korea.

Through the methods I spoke about in my previous post. I discovered that North Koreans like Volleyball. Seeing the possible bridge I asked, “Can we play volleyball together?” The guards lit up with joy.

The next day they brought us outside and there stood 8 North Korean locals waiting, by a volleyball net, waiting to play. I wish I could say it was a proud American moment, it was not. It was rather humiliating how terrible we were. But it was the open door we needed.

“Let’s mix the teams and make it fair!” We pleaded. They agreed and mixed the teams 4 Americans and 4 North Koreans. That’s when true laughter began to build, and walls began to fall.

We would set the ball to each other, high five upon scoring, encourage each other. Ethnicity seemed to disappear. Politics evaporated. For the first time since the war, we were on the same team.

Things began to change after that. The guards began to eat with us every meal.
We asked them to teach us their favorite board game and we mixed the teams again. I’ll always remember the first time when our guard put his arm around me, screaming in suspense as I rolled the final dice to win the game. Hugging me in joy at the victory. He looked at me and said, “Taylor, I feel like you and I are very similar.”

This is the Gospel.

Jesus joined our team when he became human. He did not stay in heaven as God and command us to find our way back to heaven. He wrapped himself in human flesh and joined the human race.

He mixed the divine with humanity and fought the devil on our behalf. Sinners, Prostitutes, Religious, Rich, Poor, anyone, and everyone, he invited them to his table. We were still God’s enemies. (Romans 5:10) But joining our team was the only way we could become right with God once again.

This same Spirit of Reconciliation lives inside of you!

If someone hates you, that is an invitation for you to be like Jesus. Find a way to join their team and sit at their table. Doesn’t matter the political party, race, religion, or any other offensive view they have. We cannot wait for them to come to church before we love them. WE MUST GO TO THEM FIRST.

The Bible says that “Jesus, knowing all things were under his power, got up, went low, and served.” John 13:13

I intentionally went low and served this man who hated me. He said. “All white Americans were greedy, loud, selfish.” So rather than getting offended, I decided to prove him wrong with my actions.

I bought him coffee every morning as a gift. I offered to carry his stuff. I helped clean his dishes. I did whatever I could to serve him, to show him that Christians look different.

You must find practical little ways to serve that person who doesn’t like you. Show them that you are different.

Learning is vulnerable. It is admitting, “I don’t know. Can you help me?”

So I humbled myself to learn from him. I asked him to teach me how to read Korean. He took out a napkin on the table and like a Father to his kindergartener, he began to teach me to read. One day we drove by a sign, and I read it out loud in Korean. I realized that the word I read was the Korean word for “ocean.” I exclaimed, “THE OCEAN! it says the OCEAN!”

Laughter filled his teacher’s Pride.“Taylor, I think you may be Korean on the inside.”This may have been the greatest compliment I will ever get in my lifetime. He declared that his sworn enemy had just become one of his own people.

One day I asked my new fellow Korean to teach me about Korean history.

He was so excited that he shared for hours over coffee with me. Upon arriving at the Korean War, he paused.

“And then the war happened….”

“Korea was cut in half. The Americans divided us into North and South Korea.”Tears filled his eyes.

“Like a wife taken from her husband, we were one, then overnight, were forced to become two.”

“Our body was cut in half, and somehow we are expected to survive?”

“Our nation has struggled ever since. Our people starve. We suffer.”

I could have become defensive, and argued that it wasn’t America’s fault. I could have told him what I learned in history class. That America, “saved and liberated the south,” from Communism.

When I saw the tears in his eyes though, I realized it didn’t matter if he was right. What mattered was that he was broken.

“It wasn’t your fault, you weren’t even alive,” he remarked.

“I know, but it was my people and my nation. I love America, and I represent them. On America’s behalf, I am sorry. Could you ever forgive me for what my people have done?”

He turned away to cover his tears. We sat in silence. This was a holy moment. We both felt it.

“I… I forgive you…. and America.” He let me see his tears and smiled at me.

I don’t need to agree with someone to be able to hurt with them. Jesus came to hurt with us and for us. He took the place of the criminal. If he can do that, I can apologize for something I didn’t do.

21 Days had gone by since we entered North Korea, and it was now time to leave.

We stood at the bridge that took us back into China, not wanting to leave. North Korea had become my home. My North Korean friend couldn’t seem to look me in the eyes.

“Can I ask you a question?”

“Absolutely Taylor.” He caught my gaze.

“May I call you my ‘Hyung?’” He had taught me this was the world young men called their older brothers.

Compassion filled eyes, and he slowly nodded. “I would like that very much,” he responded.

“Taylor,” he added, “please come back one day. I want my children to meet your children.”

I promised I would, and he embraced me the way only a Hyung could.

My enemy had become my friend, my family, my brother.

As we drove into China, my brothers lingered on that bridge until we were too far to see. Our team was told, this had never happened before.

I received a phone call from the team leader who took us into Korea. He explained that my Hyung had never been the same after we left. He began asking our contact about Jesus. He asked if how he too could become a Christian?

There are two different endings of the story from here. Both stories say that he disappeared. One contact says that he escaped into China. The second says he was captured and killed for his faith. I pray it was the first one. But either way, in this life or the next, I know my children and I will meet him as I promised.

Whether it takes weeks, months, or years, I believe that someone who “hates” you, can become a friend. Whether it is your skin, faith, politics, it doesn’t matter, prove them wrong through your love.

I didn’t change my faith, my skin, or my ideologies. I was very open about my beliefs. All I did was show them that despite the differences in us, I will choose to befriend them and love them through it all.

This is the gospel. That even while we were yet sinners, Christ died for us. What if even while they are yet enemies, we treat them as a friend? What if while they yet don’t like us, we choose to love them?

Yes, people still chose to hate Jesus and kill him. Many, even when you do all of these steps will choose to hate you, and that’s ok, Jesus promised it would happen. But we cannot use that as an excuse to not get out and love people. You will win many more over using these principles than if you didn’t try, and even if you don’t win anyone, you will look a lot more like Jesus, which is the real reward anyways.